Wright – Meaning of the Name 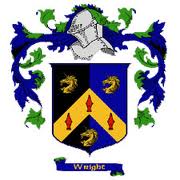 English, Scottish, and northern Irish: occupational name for a maker of machinery, mostly in wood, of any of a wide range of kinds, from Old English wyrhta, wryhta ‘craftsman’ (a derivative of wyrcan ‘to work or make’). The term is found in various combinations (for example, Cartwright and Wainwright), but when used in isolation it generally referred to a builder of windmills or watermills. MacIntyre is the Scottish version, meaning “son of the carpenter”; the latter, of French origin, was eventually incorporated into English and took the meaning that wryhta had.

This entry was posted in Wright and tagged Rene Baron, Wright. Bookmark the permalink.